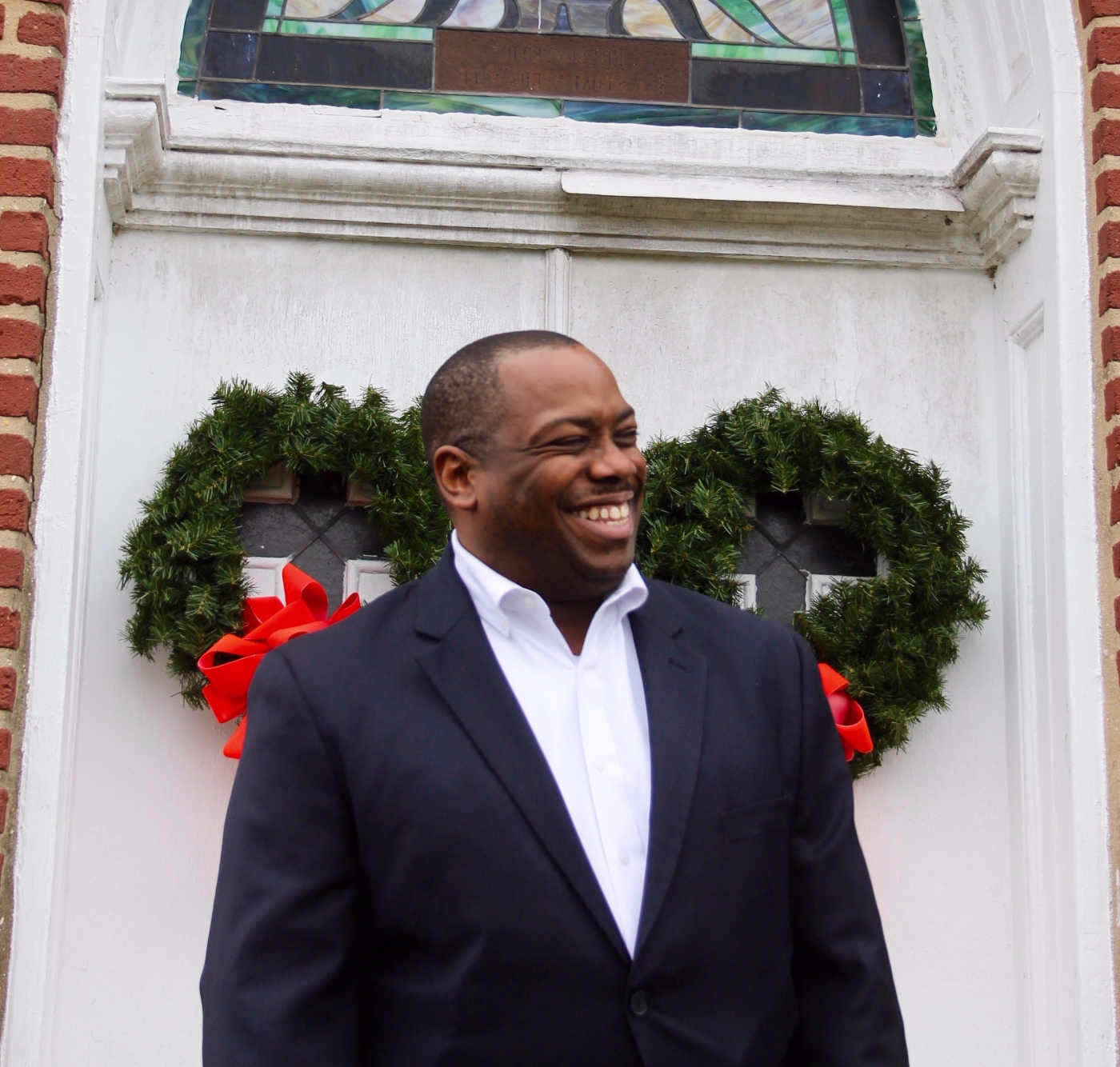 The One America Movement is excited to launch a new initiative called One America Voices. Twice a week, we will publish short interviews with Americans from all walks of life. By hearing each other’s stories, we can begin to reduce the divisiveness and polarization in our society. Enjoy – share with your networks and on social media using the hashtag: #1AmericaVoices

1. Tell us about the Church you pastor:

A: I would LOVE to tell you about the two best small country churches on Earth: The Keysville Grace United Church of Christ and the Mount Pleasant Reformed United Church of Christ. Both are primarily attended by farmers, located in North Central Maryland, and have existed for nearly 150 years. Grace is uniquely situated – it sits on land donated by the family of Francis Scott Key, the author of the Star Spangled Banner – so there is that added historical value. I’m also the first African-American pastor both churches have called, as well as the first openly gay. So, both churches are trailblazers in their own ways.

2. When did you decide to become a pastor? Was there an “aha” moment?

A: I’ve always known I was called to ministry, but I always anticipated being an “Executive Pastor” or “Pastor of Administration” due to my two decades working in Office Administration. I never saw myself as “the” pastor, but my pastor and mentor was the one to help me identify my true calling. Also, attending seminary and managing a chapel also clued me into the fact that I could pastor. Understand that I’d also been told, since I was a child, that gay people could not pastor, and because of that, I thought I would be stuck in the choir for the remainder of my life. Thank God for others who see a calling and acknowledge it. The best “aha” moment I can remember is when I was at a Men’s Retreat, and I literally started preaching while explaining a biblical point. It was like the light just came on and, in that very moment, I knew this was what I was supposed to be doing for the rest of my life.

A: Grace and Frankie. If the producers could get Dolly Parton to do a guest appearance, I could die a happy man.

To learn more about the One America Movement, Click Here.

To invest in our work to fight back against polarization, division and hate, Click Here.